…to my digital „business card“. Unfortunately, I am not able to offer a complete “English-version” of my website yet. In this respect, I would like to offer you my curriculum vitae in a short and a longer version.

My works and activities as organist, conductor and composer can be found under „Musiker„. Especially “Portfolio” gives detailed information on all my musical disciplines. In addition to repertoire listings, there are links to audios and videos. Many of my compositions are

downloadable – in the event of a performance, I request registration with the appropriate copyright institutions.
I would be happy to answer your questions and concerns in English.
E-Mail: johannes@ebenbauer.org

Born 1963 in Strallegg, Styria. First instrumental lessons with his grandfather, later piano and organ at the Bischöfliche Gymnasium in Graz, where he was a house organist and chorister.

Became acquainted with the great oratorio literature while in the Grazer cathedral choir.

1985 Diploma in church music (organ, conducting, singing, composition), passed with distinction, at the Graz University of Music, as well as studies in solo singing and theology.

From 1985 to 1988 study of organ performance at the University of Vienna, finishing with Diploma.

From 1991 to 2005 Domkapellmeister (Director of Cathedral Music) at St. Stephen’s Cathedral in Vienna.

Cooperation with ORF broadcasting and television – from 1998 live broadcasts on Radio Klassik every Sunday.

In 1994 he acquired the degree of Magister artium at the Wiener Musikuniversität (Vienna University of Music). Dissertation topic: “The situation of contemporary composition in church music between 1970 and 1980 in Austria”

Since September 2005, artistic director of the Concert Association musica.sacra.wien.

In May 2006 he was awarded the Golden Distinguished Service Order of the Republic of Austria.

From 2006 to 2013 artistic director of the Augustinus Festival in Stift Vorau, Styria.

Since 2006 intense activities in organ playing (Concerts and Liturgy), focus on improvisation in different styles.

Since 2010 initiator and artistic director of the Series of Vocal-Music VOCuMENTA at the famous Otto Wagner Church, Steinhof, Wien 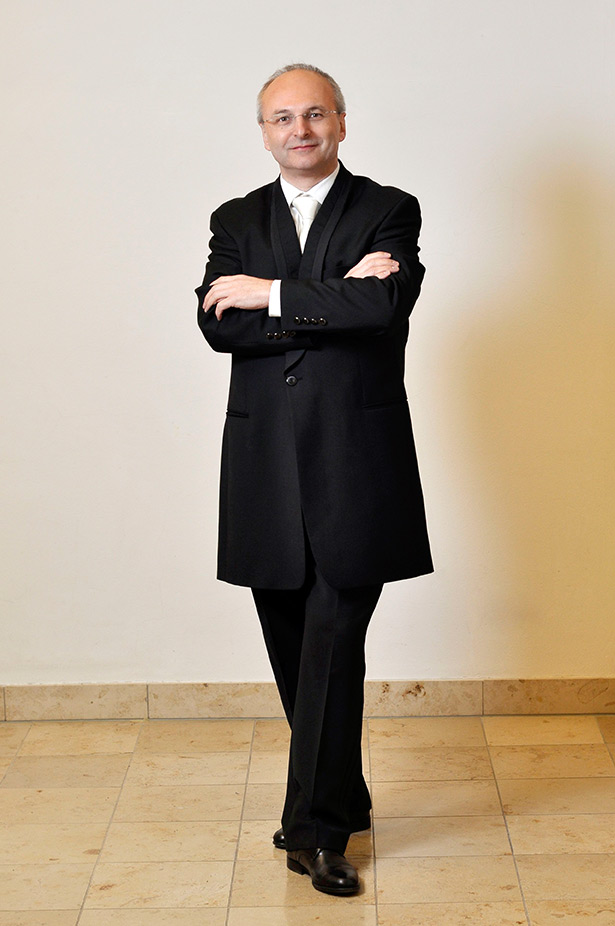 Concerts as conductor and organist within Austria and abroad.

Professor for organ and improvisation at the Vienna University for music and performing arts, instructor and leader of advanced training activities for organ and improvisation, conducting, choral conducting, vocal studies, and new spiritual song.
Since October 2020, Ebenbauer has been head of the Institute for Organ, Organ Research and Church Music at the University of Music and Performing Arts in Vienna.

This website uses cookies to improve your experience while you navigate through the website. Out of these, the cookies that are categorized as necessary are stored on your browser as they are essential for the working of basic functionalities of the website. We also use third-party cookies that help us analyze and understand how you use this website. These cookies will be stored in your browser only with your consent. You also have the option to opt-out of these cookies. But opting out of some of these cookies may affect your browsing experience.
Necessary immer aktiv
Necessary cookies are absolutely essential for the website to function properly. These cookies ensure basic functionalities and security features of the website, anonymously.
Functional
Functional cookies help to perform certain functionalities like sharing the content of the website on social media platforms, collect feedbacks, and other third-party features.
Performance
Performance cookies are used to understand and analyze the key performance indexes of the website which helps in delivering a better user experience for the visitors.
Analytics
Analytical cookies are used to understand how visitors interact with the website. These cookies help provide information on metrics the number of visitors, bounce rate, traffic source, etc.
Advertisement
Advertisement cookies are used to provide visitors with relevant ads and marketing campaigns. These cookies track visitors across websites and collect information to provide customized ads.
Others
Other uncategorized cookies are those that are being analyzed and have not been classified into a category as yet.
SAVE & ACCEPT